There are statues of the famed hero and their companions all over Crowned Grove. When you were younger, you tried to spy behind their mask, to get a glimpse of the face beneath, but there was nothing to be seen - the true visage of the briarheart was never captured by any artist or sculptor.

But you had to check. You had to see if the face hidden behind the mask was your own.

Your mother always said it was. That the mark in your forehead, the same shimmering on the hero’s mask, was all the proof you needed. You grew up under their shadow, their silent eyes judging your every move, the knowledge that one day you would depart with companions of your own to save the world  a thorn twisting in your rib cage.

Saving the world cost the briarheart their life - it was supposed to also claim your own.

BRIARHEART is an interactive fiction game where you play as the chosen one who failed, now returning from a self-imposed exile to the Crowned Grove’s royal court. The kingdom - the last one that still stands after hundreds of years of rot and decay - remembers your failure well, and it is not willing to forgive. But that is the least of your worries…

The Crowned Grove's sickness grows stronger. More and more people fall to the wild's ravenous hunger, devoured from the inside out as the it struggles against the rot. The woods are more dangerous than ever, the animals a source of poison, but there is nothing the people can do to protect themselves - because if the wild dies, so does the Crowned Grove.

The signs of the end are there, and your mother the Queen has no time to lose. Despite your failure, you are the briarheart still, and that means the answers lie with you and that fated trip down the roots of the great tree seven years ago. But your memories are murky, dangerous, and you have no wish to relive them, maybe not even to save the world you doomed…

the warrior - ves ul'niva (eventually comes out as nb - he/him)

Ves was a wanderer and a warrior before you doomed the kingdom, but he wants peace and rest now, and what better way to achieve it than marrying into the royal family (even if the way in is you, the disgraced briarheart), where all your needs are taken care of? Ves is an open book and wears his heart in his sleeve - but something tells you it just might not be his real one.

Kaisa was your childhood rival. Fiercely determined and terribly smart, she was just one step ahead of you in everything, and the obvious choice for one of your companions in the trip down to the roots of the world - but you didn’t expect her to succeed when you failed. Now she’s everything you were meant to be: famous, respected, powerful. But how much exactly does she remember about happened - what does she truly know?

Coming from a recluse noble family, Nima’s intentions are just as big a mystery as the Silent Tower they came from. Quiet and just a bit strange, they don’t seem dangerous, but there is something about the way they move, the way they speak, that unsettles you. A Thor has not left the tower in decades, so why them - and why now?

The wild is not as much a being as it is a will. It is the lifeblood of the Crowned Grove, the soul of the giant tree where the last kingdom on earth clings to existence - and it is dying. Struggling against the rot spreading through its roots, it slips inside the minds, souls and bodies of its children, desperate for the strength it needs to survive. It is old, too old, maybe older than the tree itself - and it has chosen you as its heart.

writing, coding & art by raindev (aka me).

also a shoutout to manonamora-if for all the help <3

a huge, huge thank you to my beta readers!!

this is fun read

So beautifully written! I’m excited to see where this story goes

thank you so much!

Just finished playing through the first chapter and I'm super excited about the story! I really like the mystery of the lost memories. Looking forward to what the story will bring in the future :)

I've been anticipating this IF, and it's just as good as I hoped it'd be. Better in fact, the writing is beautifully done, and I am excited to keep up with this piece of work.

thank you so much!!

yo!!! this is so cool, i'm really enjoying the style so far
Question though, if we find (maybe) issues/bugs (i can't tell if is intented or not) is there any specific place you want us to mention them?

it can be through here if that's more comfortable for you, but you can also submit bug reports to the dev blog here.

This is so cool! 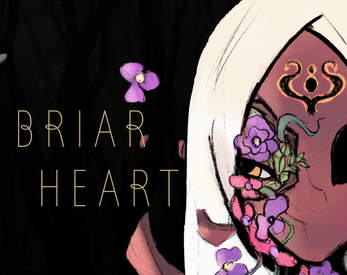 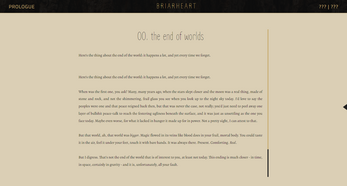 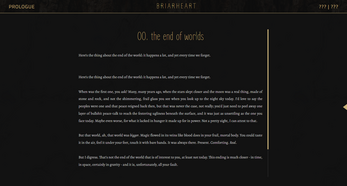 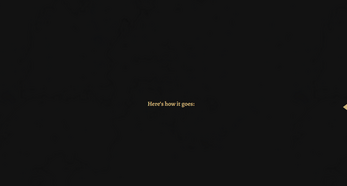